We have an exciting event coming up in October! Cambridge Library Group and CILIP East of England are hosting a talk by Clare McKenzie, one of the founders of the International Librarians Network.

This free event will be on Tuesday 21st October 2014 at the Law Faculty (room B16), Cambridge. There will be drinks and nibbles available from 5.30pm, and the talk will begin at 6pm.

The International Librarians Network is a global peer mentoring programme which helps librarians to develop their networks beyond the borders of their home countries. Join us on 21st October to learn more about this programme and how you can get involved!
Posted by Annie Gleeson at 09:31

A few weeks ago CLG met for a lively talk by art historian and Newnham College alumna Frances Spalding on the subject of the artist Gwen Raverat. 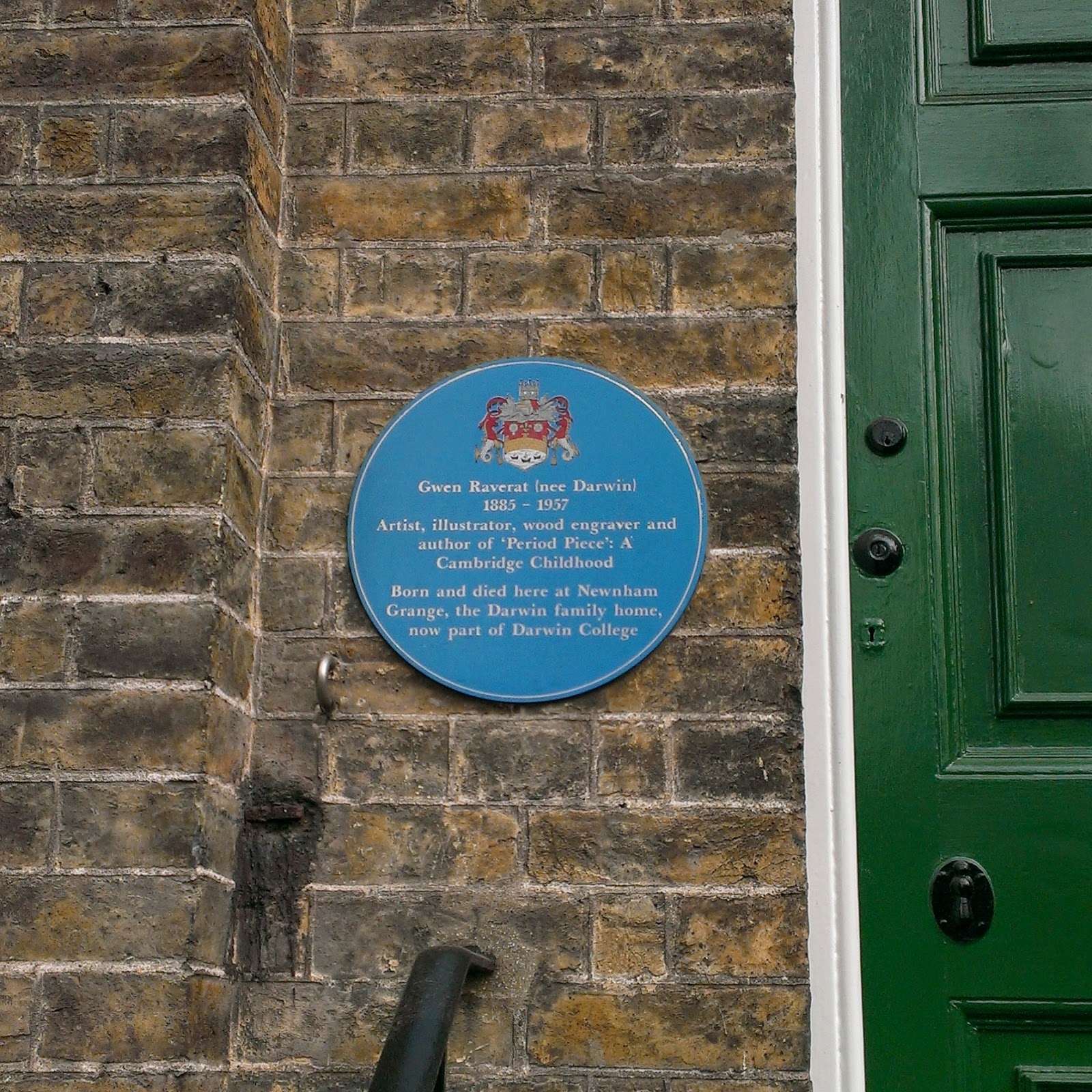 We were fortunate enough to be able to use the Old Library at Darwin College as our venue, highly appropriate as it was once the front room of Gwen Raverat's family home, then called Newnham Grange. Primarily known for her wood engravings, Gwen was also an illustrator, painter, author and journalist. Frances illustrated her talk with quotes from Raverat's autobiography Period Piece: A Cambridge Childhood. These charming, and often very funny snippets took us back to the late nineteenth century, when as Gwen wrote, "nearly all the life of Cambridge poured back and forth over the bridge outside our house". One of my favourite anecdotes was of Gwen's eccentric aunt Etty, who was a bit of a hypochondriac and fashioned her own anti-germ mask out of a tea-strainer stuffed with antiseptic-soaked cotton wool, which she wore over her mouth and nose!

As a member of the very tight-knit Darwin clan, the presence of her grandfather Charles Darwin was there throughout Gwen's life, despite Charles having died three years before she was born. The Darwin family were often viewed by others with some scepticism, which perhaps led to the tighter-than-normal family bond.

Gwen taught herself the art of wood-engraving while at the Slade School in London, where she also met her husband Jacques Raverat, who had been a mathematician until doctors advised him to give up mathematics for his health, and take up art instead! Sadly, Jacques' health continued to deteriorate, and he was eventually diagnosed with multiple sclerosis. The Raverats decided to move to France in the hopes that the warmer climate would help. While in France, they continued to keep in touch with friends at home, in particular with Virginia Woolf, who wrote to Jacques often and kept him up-to-date with news and gossip.

After Jacques died in 1925, Gwen decided to return to Cambridgeshire, and in her final years was often seen sitting by the Backs in her wheelchair, painting.

I knew very little about Gwen Raverat before hearing Frances' talk, and I found the evening thoroughly enjoyable. As always it was great to catch up with other librarians, and Period Piece is now next on my 'to-read' list!

Our February CLG event was a talk about the history of library architecture, by the author of The Library: A World History, James Campbell. He gave us a quick overview of everything, a whistle-stop tour of significant libraries from around the world, accompanied by some stunning slides.

Apparently libraries were originally used merely to house scrolls or books, and instead of studying within the library you would come and take away the item to needed to peruse elsewhere. This impacted on the architecture as there was no need to plan for people to actually use it. James also said that there’s a possibility Greek and Latin libraries might have purposefully been built together, to complement each other when those languages were both vitally important for education. He took us everywhere from a monastery in South Korea, where a huge library houses just one book and its corresponding printing blocks, to Michelangelo’s Medici Library (which is beautiful but apparently not practical at all!), to the Biblioteque Nationale and the National Library of Beijing, shining examples of modern library architecture. We saw libraries change from repositories to interactive study-spaces, and the rise of the public library from the 19th century onwards. From 16th-century stalls to (apparently James’ favourite) 18th-century Rococo designs and 19th-century barrel-vaults, the library has always adapted to the architecture of the time in new and surprising ways, including hidden doors and libraries completely made from iron! 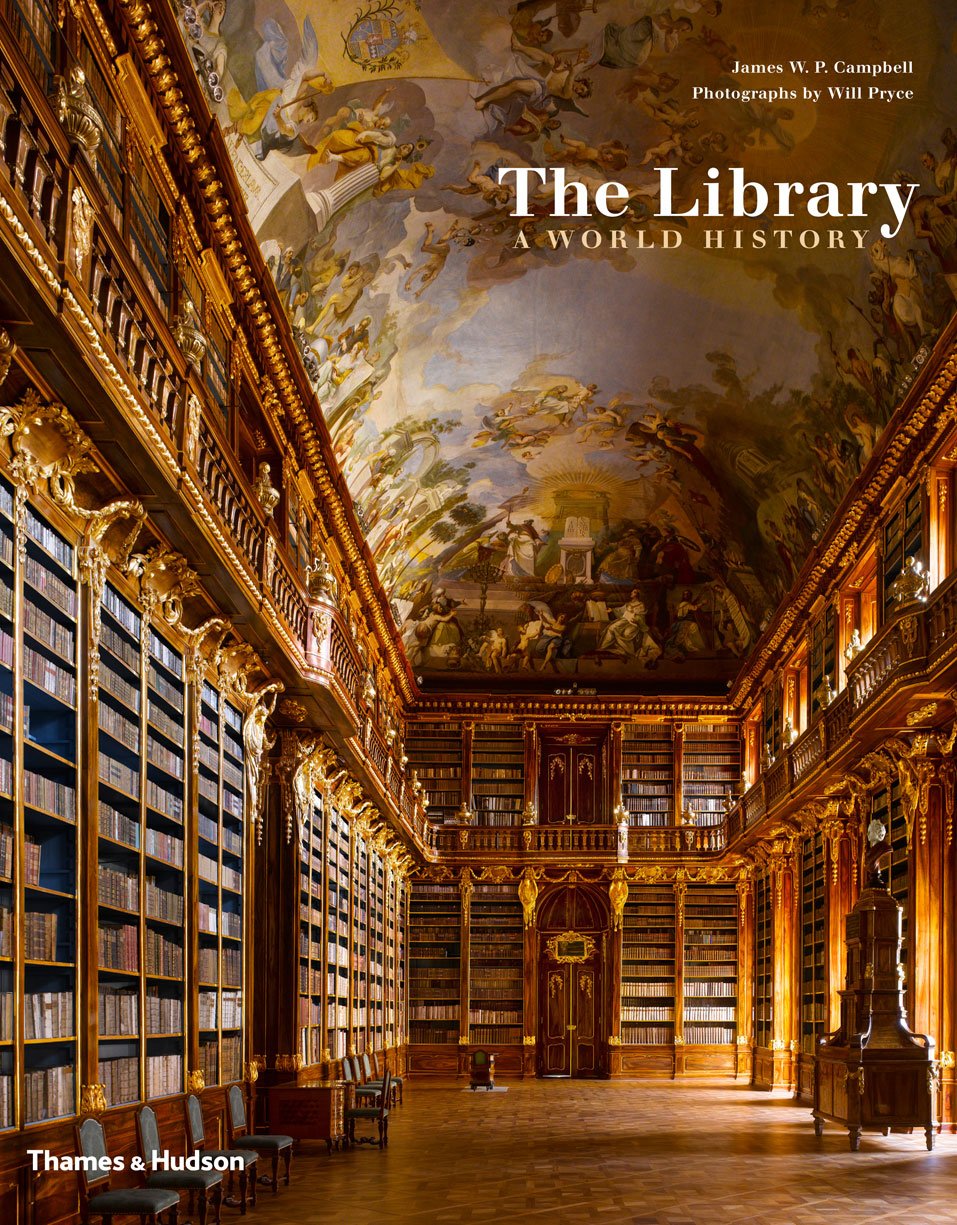 It was a really interesting lecture and made me want to go travelling just to see libraries around the world. Talk about your busman’s holiday…! There really are some amazing library buildings out there. I’m also definitely going to be buying his book, if only to give me something to aim at for future holidays!