March Talk: 'A librarian abroad' - A talk by Michael Young

"Turn on, tune in, drop out": reinvention through a Life Less Ordinary. 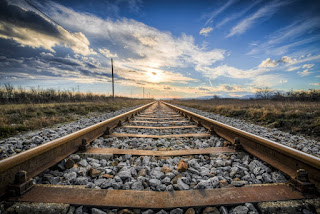 I love to learn about the career pathways of my fellow librarians, as we seem to come to our profession in different ways and for different reasons. This was borne out by the story of Michael Young, now an information manager for a legal firm, who started his working life in public and academic libraries and “dropped out” in 1986 to run a smallholding in Wales for 7 years. His talk focused however, on a particularly unusual fork in the road - his work for the libraries of the British Council in the 1970s and early 80s.

Michael started by giving some background on what the British Council is and does. It was founded in 1934 by the British Government to foster understanding of British culture and language in other countries. Although it conducts many activities (many early representatives were thought by the locals to be spies!), the main focus has always been teaching English either directly, or by teaching the teachers. The Council also offered bursaries to overseas students to study in the UK (and vice-versa).

There is more information on the British Council website] and its Wikipedia entry.

A number of authors have written about the Council – among them Graham Greene, Lawrence Durrell, Olivia Manning and John Le Carré. Michael's appointment by the British Council does indeed sound like the plot of a spy novel. While a student at the College of Librarianship in Wales, one of Michael’s lecturers suggested that he meet a friend who was recruiting for the Council. They had a curious meeting in an Aberystwyth coffee shop followed by an interview in London, where Michael was warned that the two downfalls of people working for the organisation were alcoholism and adultery. (He claims not guilty on both counts).

He worked in London, facilitating book purchase requests from overseas Council libraries. He had to assess the ‘Britishness’ of each request. He was also tasked with making sure the collection was balanced, as some of their more eccentric librarians would try to stack the collection with their own obsessions, for example the steam engine enthusiast in Thailand. 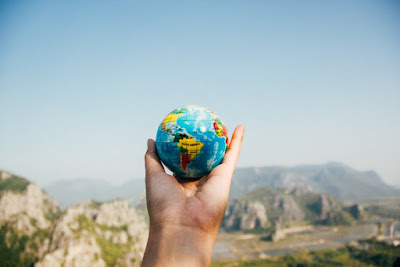 Then in 1978 came the first opportunity to go overseas, to prepare a report on the library in Douala, Cameroon. At 23 years old he’d never travelled abroad, or been on an aeroplane. He vividly described the culture shock on arriving in a West African airport, and the colonial attitude still rife among the expat community. He stayed in the Representative’s house complete with a well-stocked drinks cabinet, servants and a security guard armed with a spear. His subsequent report and recommendations for the library were airily dismissed by senior staff there. An early introduction to the politics of the workplace.

He then described moving on to a bibliographic role, invoking memories in the some members of the audience of Blaise, Prestel, and other gems of the early days of automated library services. A lot of travel ensued, as he got involved in advising foreign governments on how to design and set up library services, and getting online access out to the libraries in overseas offices. Different roles within the Council followed, eventually moving away from libraries but still requiring his information organisation and retrieval skills. In one job he worked on database design, creating a UK University prospectus database for the use of prospective bursary recipients which was highly praised in an article in the (at the time) Library Association’s magazine LA Record. All of this was before the age of the Internet, of course.

Finally he enjoyed a foray into book promotion and editorial work for the Council before eventually quitting to move to a smallholding in Wales, a diversion from the pathway which could form the theme for a whole new talk in itself! 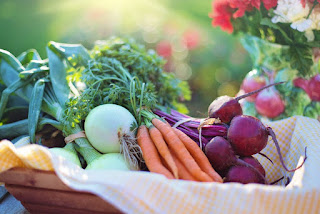 Michael’s talk was illuminated by entertaining stories of these experiences – meeting a number of famous, influential, and eccentric people along the way.

He concluded with some thoughts on the changes in the role of librarians through his career. Now that users conduct most of their own research, he regrets losing the intermediary role, particularly the opportunity to help users to be more effective searchers. He was met with a lot of nods of agreement in the audience when he said that in his view library work has to be a task of reinvention. He felt he has always made use of his fundamental training, even if it has not always been in traditional library tasks. A positive note on which to end and thanks to Michael for a fascinating look back on an unusual and varied career.

(Thanks to Jo Milton for the inspiration for the title of this review).